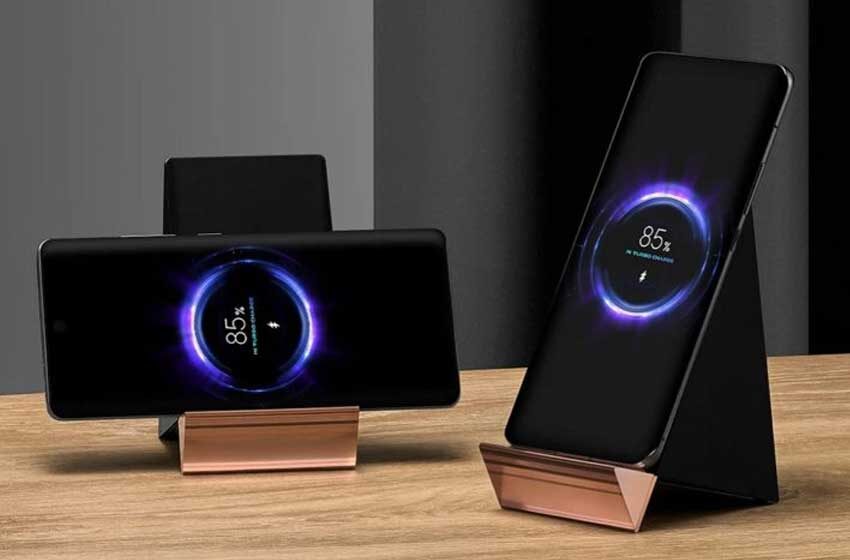 Xiaomi will officially launch a new wireless charging stand (100W model) similar to its existing 80W unit. It is a slightly different design than the original prototype released by Xiaomi back one year ago.

The new model shares 100W units and allows you to place your mobile in both ways, vertically or horizontally, same as the previous one, 80W, but the colour scheme is more attractive than the older one. The new 100W MDY-13-EL model comes in black with a gold colour accent, while the previous model 80W MD-13-ED is available in white with silver accents.

The pair seems quite similar from the inside; the new model is still based on standard Qi charging tech and still has a dual-coil design, a passionate fan that is only plugged in when required, and even comes with the same Xiaomi120W charger and 6A USB cable in the box.

Let us Talk About its Features

Xiaomi 100W MDy-13-EL has the additional feature of the calibration protection layer while retaining the over current, over-voltage, over-temperature, electrostatic protection, and foreign object detection of the previous model. It occupies very little space on your desk and looks quite impressive.

Inauguration and sale of this model are scheduled on August 16 at 10 AM in china yet for CNY 599 or around $92. it will be available soon worldwide after a successful launch. Now the real question is why Xiaomi bothers to design and launch 100W Qi wireless charger when there are already fastest wireless chargers are available in the market like Mi 11 Ultra and Mi 11 Pro with advertised 67W wireless charging followed by something like new Mix 4 with 50W as both are well covered by the existing 80W unit which is already available in the market on much low price worth CNY 499 MSRP, or around $77.