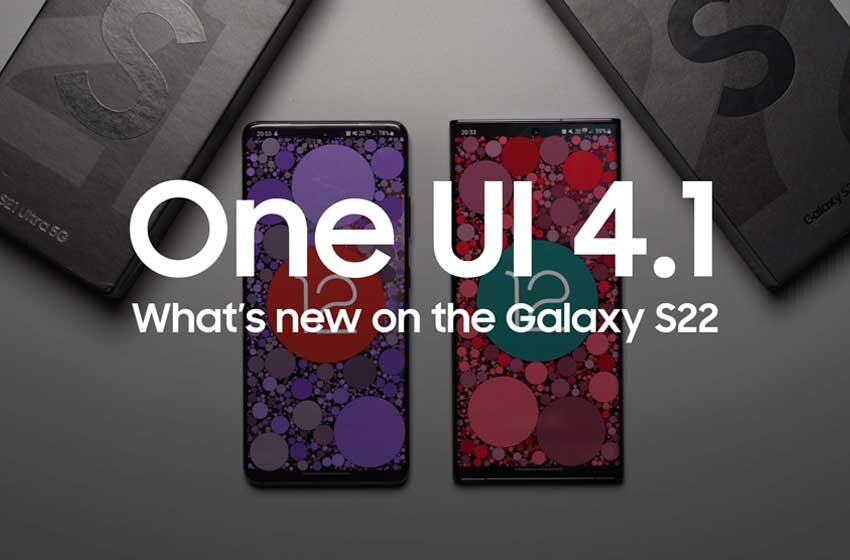 One UI 4.1 is the latest software by Samsung released with the launch of the Samsung Galaxy S22 series. Android 12 was also released before this event to many galaxy devices with huge improvements and new features. As you may know that Samsung has started releasing One UI 4.1 for some old Galaxy devices as well with enhanced software experience and new features. Many old galaxy users are very happy as they are receiving new updates to their phones.

Here are some phones which already started receiving One UI 4.1 updates like Galaxy S21 Series, Galaxy S21 FE 5G, Galaxy Z Flip 3, Galaxy Z Fold 3 and S22 Series already have it. As per rumors, Samsung will also start releasing this update for the Galaxy Note 20 series, Note 10, and Galaxy S20 Series, and the rest galaxy Z flip and Z Fold series by the start of next month.

Another big change in the camera department is expert Raw Feature. This feature will be available for selected old galaxy devices only like Galaxy 21 Ultra, Galaxy S20 Ultra, Galaxy Z Fold 2, and Z Fold 3 and the least one is Galaxy Note 20 Ultra.

Which is the best new feature you found in One UI 4.1?

Here is the list of some news features which have been seen in the new update.

Samsung recently launched Galaxy A-Series. All A-Series phones also running with the latest software update of 4.1. Galaxy users appreciate Samsung for providing these updates to this series and to old devices.