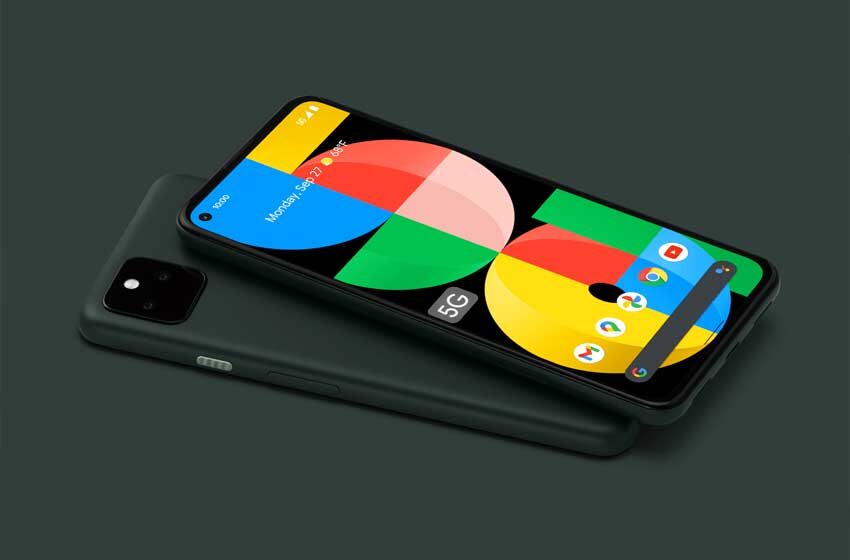 Starting at just 449 USD, Google says Pixel 5a is the last phone to have a charger inside the box and will be sold only in Google Stores!

Google just announced its mid-range phone in the Pixel 5 series in an unexpected way. It appeared to have a significant resemblance with Pixel 4a and Pixel 5. The truth is that it is the same phone with the exact specifications as the other two, having the same Snapdragon 765G 5G processor. The difference is its price drop (a little) and IP67 rating (dust, splash resistance) than the Pixel 4a.

The new Google Pixel 5a is IP67 certified (keeps you protected from water splashes and dust) | image source: Google

Let Us Talk About the Design (not much of a difference here!)

The design of Pixel 5a is much similar to its previous siblings; the Pixel 4a. However, the size of the punch hole in the display is reduced. The dimensions of the phones are changed, and the thickness varies at 7.6 mm (a pretty thin phone) VS the thickness of Pixel 4a; 8.2 mm. the display size is increased at 6.34 inches from 6.2 inches of Pixel 4a.

One thing to be noted here, the new Pixel 5a is IP67 rated (dust/water resistant), whereas this rating was not seen in any of the ‘a’ series, so you don’t need to worry in rainy weather. In screen protection, we get the same Corning Gorilla Glass 3 as with the Pixel 4a.

The Display Size is Big!

The Same Software in Pixel 5a

Google launched Pixel 4a and Pixel 5 with Android OS 11 in September 2020. The hard truth is this year, in August 2020, the Pixel 5a has the same software version you got in 2020 (not much of a software upgrade).

With the new Pixel 5a, you get a Qualcomm Snapdragon 765G 5G processor and an Adreno 620 GPU. Although its endurance ratings and benchmarks are yet to be measured, its performance will probably be the same as the previous Pixel 4a and Pixel 5. The RAM is 6GB LPDDR4 and 128GB storage.

Not Much to Talk About the Camera

The Camera system is the same as Pixel 4a and Pixel 5. You will get a dual setup of cameras; 12.2 (wide) and 16 MP (ultra-wide). Everything on the spec sheet is the same as the previous ones. However, the major difference is that the Pixel 5a will not feature the Pixel 4a and 5’s ‘Flicker and Spectral’ sensor. The front camera sensor is 8 MP.

And the Battery is Biggest of All

With Pixel 5a, you get a 4680 mAh Li-Po battery which is huge. Google claims that this battery size can last two days when used on a battery saver. The battery and display are the biggest (22% larger than Pixel 4a) in size amongst all ‘a’ series of the Google Pixel. Still no wireless charging support for Pixel 5a.

What’s Inside the Box for Pixel 5a? Lucky Enough!

The Pixel 5a is a little bit cheaper, and Google had the courtesy of including a charger with this one. It will be the last phone to receive a charger inside the box. The Pixel 6 series will not include any charger; it is time for Google to follow Apple and Samsung. With an 18W charger, there will be a power cable Type-C too.

Inside the Box of Pixel 5a, there is s 18W charger, Type-C power cable and a USB-A to USB-C Adapter | image source: GSMArena

The Color is Mostly Black

The Pixel 5a will feature only one colour, ‘Mostly Black’ by Google. It had a resemblance with the Apple iPhone 11’s Midnight Green. The body construction is different this time with Aluminum.

Where to Get the New Google Pixel 5a?

The Pixel 5a starts at 449 USD and is available through only Google Stores. You can pre-order in the US and Japan, and the shipping starts on August 26. While the US carriers can’t sell this phone, you can avail of it as career-unlocked from the Google Store.