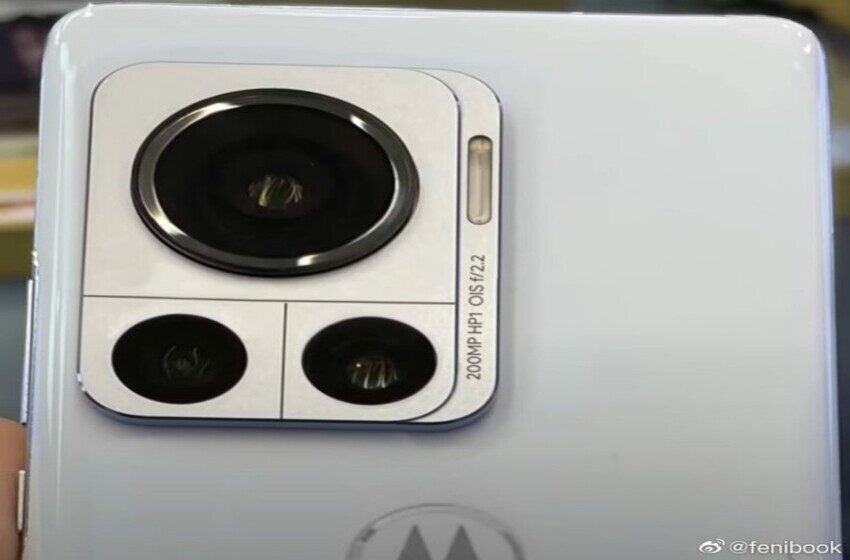 Last year, Samsung unveiled their first 200MP ISOCELL HP1 sensor for mobile phones. Back then the company didn’t any launch plans for this but now the sensor has resurfaced on a Motorola mobile in 2022. according to the latest rumors, Xiaomi is about to change its camera sensors to Sony’s Exmor cameras while it was revealed that Motorola is about to use this ISOCELL HP1 200 MP sensor in its devices. The device using this sensor is shown in the picture:

This sensor was leaked on an online Chinese platform ‘Weibo’ and this news led its way to Twitter. The device is called Motorola Frontier. In the picture, you can see the ‘HP1’ label with OIS and an f/2.2 aperture.

Allegedly, this is Motorola Frontier with a 200 Megapixels Camera Sensor (ISOCELL HP1).

When Will Samsung use this 200 MP ISOCELL HP1 Sensor in a Galaxy Device?

Although this giant sensor has already surfaced in a Motorola Frontier phone, there are solid expectations that Samsung will use this in the future in a Galaxy device. Maybe, Samsung may offer better software handling of this sensor, or maybe Motorola will do it better with the sensor. That’s just a matter of time before the sensor releases on both devices.

Samsung has started to use big sensors in its devices even in the mid-range series. Galaxy A73 is using a 100MP sensor at a mid-range price. Samsung has already revealed its major S-series and A-series this year, there are very low chances that Samsung will use this sensor in a phone in this current year.