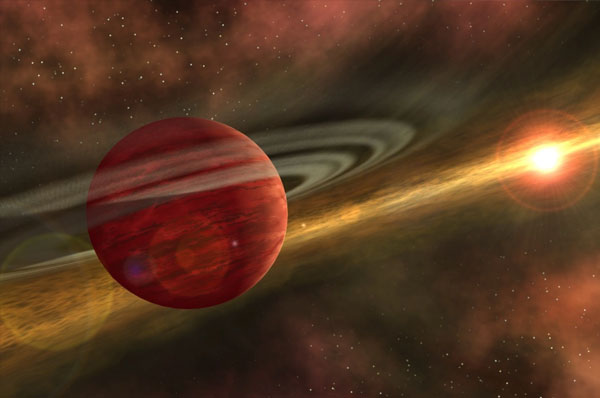 Proxima B is earth’s exoplanet which is about 4.2 light years away. And according to astronomers, people may be living on the dark side of the planet because one side of the planet always faces its red dwarf star and the other doesn’t. People living on the dark side may be using artificial lights or reflecting mirrors which can now be discoverable using James Webb Telescope.

When the search for exoplanets entered its “golden age,” interest in Earth 2.0, our planet’s twin, which orbits within the habitable zone of its star, increased. However, searches have so far turned up no signs of life, forcing researchers to use their imaginations to find another potential planet for life in the universe. 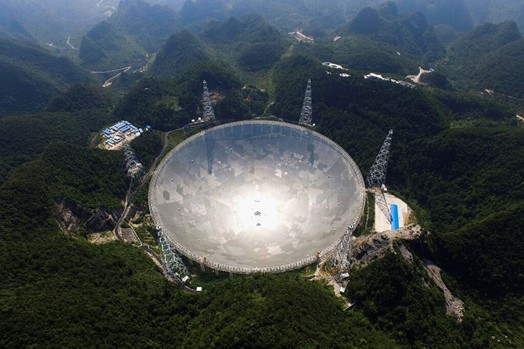 The search for extraterrestrial intelligence (SETI) project was founded in 1984 by American astronomers Jill Tarta and Thomas Pearson to carry out such interstellar searches because we are currently only aware of life on Earth. Since the dawn of civilization, people have wondered if there is life elsewhere in the universe. The nonprofit organization’s mission is to gather radio transmissions from space because radio waves are less scattered or absorbed than other types of radiation, they can travel farther, and they are therefore more likely to be picked up by the 42 radio telescopes that make up the unique Allen telescope array in the California Cascade Mountains. However, no confirmed alien signal has been picked up in 30 years.

The James Webb Space Telescope, the largest telescope in the world, will study a variety of distant undiscovered planets orbiting far-off stars using its extremely sensitive detectors. Extraterrestrial plant life may provide the earliest signs of life outside of our solar system while traveling, as there may be trillions of exoplanets in the universe. Galileo’s equipment identified a clear indication of plant life when the spaceship rotated its instruments back toward Earth and saw the greenery in red. 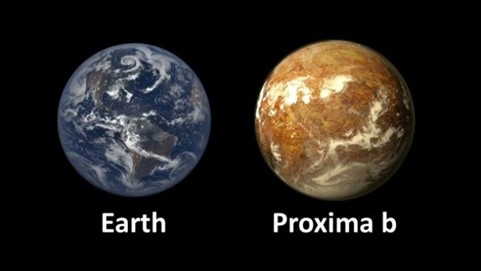 JWST will measure the VRE of far-off Earth-like planets in the habitable zone around stars. If there is an earth-like planet covered with jungle, for example, it should have a strong VRE signal that should be easy to identify. The atoms and molecules that make up the atmospheres of exoplanets may contain important indicators of life. The JWST may be able to detect sunlight passing through an exoplanet’s atmosphere when it crosses the face of its star. The missing wavelengths in the light would then be found using spectroscopy. The atmosphere’s atoms and molecules absorb wavelengths, leaving a distinct fingerprint that the JWST can detect.

Search for Artificial Signals via JWST 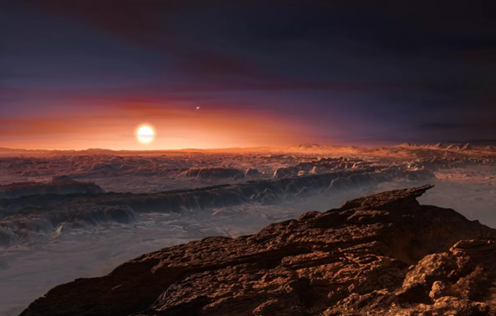 One can infer the possibility of life. It might be possible to detect technological life by looking for the existence of compounds that don’t happen to occur naturally, such as chlorofluorocarbons, on earth-sized planets with atmospheres like our own and most of the oxygen, nitrogen, and carbon dioxide.

If aliens were to observe Earth’s atmosphere from a distance, CFCs used in cleaning goods and refrigeration would probably be visible. If the JWST found CFCs in other planetary atmospheres, they would be a surefire sign of civilization. Extraterrestrial life may not resemble Earth’s life at all; even Earthly life, like some extremophile species, might occasionally seem foreign.

Mostly bacterial creatures that can endure conditions that would be fatal to other living beings, some of which can withstand temperatures as high as 250 degrees Fahrenheit. Others can guarantee that it will not get below -4 degrees Fahrenheit.

Others are found on Earth where we would not expect to find any life at all, such as ones that can survive in strong acids with pH levels below three. But since planets like Earth are more likely to support life than those with severe temperatures or acidic conditions, it would be sensible to start by looking at them first.

Prime candidates might circle a star that is stable and has surfaces that are warm enough for liquid water to dwell on. Observations show that our sun is a yellow g-type star. 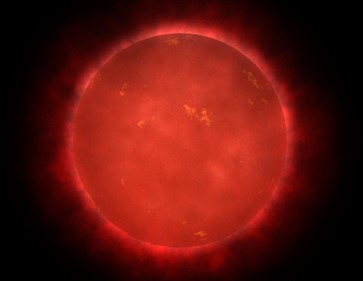 Given that red dwarf stars are more common and have lower luminosities and temperatures than the sun, planets rotating around these stars may make better study subjects because there is more time for the origin of life and evolution to produce complex life forms. The first mission of JWST will study the Trappist-1 planetary system, which is 40 light years away from Earth and contains seven rocky planets the size of Earth around a calm red dwarf star in what is known as the habitable zone. The trap is one star because its planet’s tight orbit causes it to release water vapor, which suggests that three of the rocky planets may have liquid water on their surfaces despite being smaller and cooler than our sun. 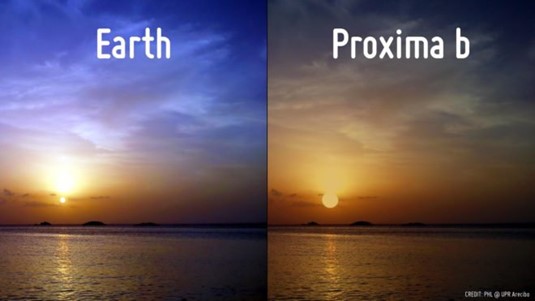 For a planet to support life-based on liquid water, it must be 20 times closer to Proxima Centauri than it is to the sun. This is because Proxima Centauri is about 600 times fainter than the sun in this habitable zone. As our nearest star, it is 4.25 light years away from the sun and provides us with the best opportunity to observe city lights outside of the solar system.

In August 2016, astronomers discovered a planet with a mass of 1.3 Earth masses. Proxima B may be an airless, lifeless planet because it orbits its faint red dwarf star Proxima Centauri at only 4.6 million miles, while the earth is a planet with life.

Liquid water and temperatures like those on Earth are also present, but the planet is also exposed to powerful solar winds that have the potential to destroy its atmosphere.

Permanent Dayside and Nightside on Proxima B 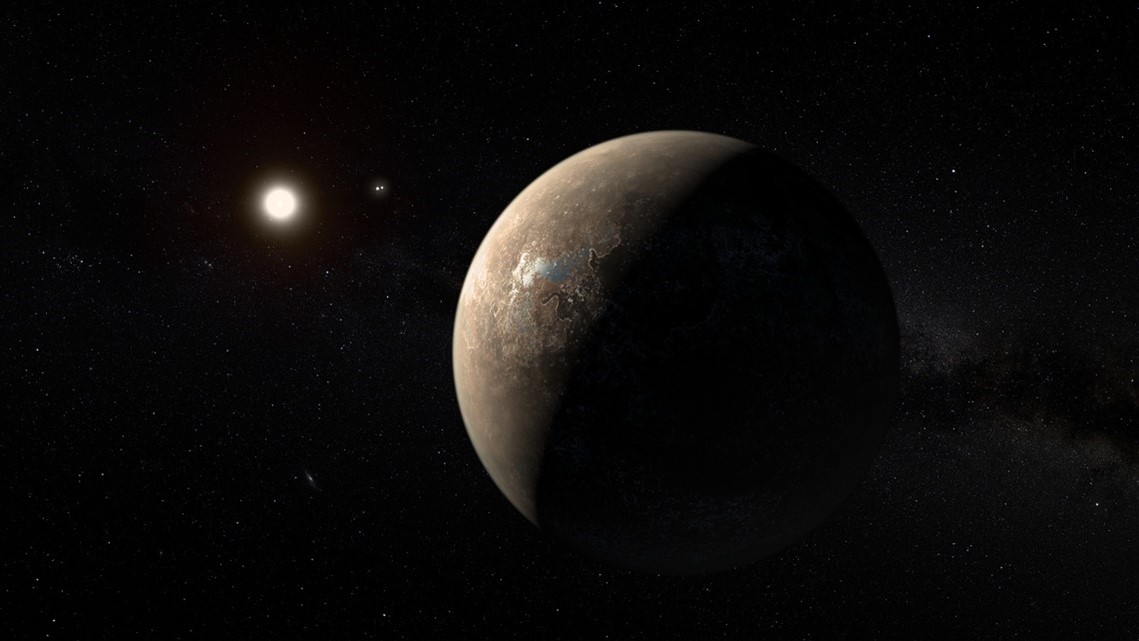 Because of its proximity to the star, Proxima B is thought to be tidally locked, always showing the same side to the star as the moon does about Earth. As a result, Proxima B has a permanent dayside and permanent nightside. Although volcanic activity can replenish atmospheres and on planets with strong magnetic fields these atmospheres are less likely to escape, models suggest that tidally locked planets’ atmospheres may be vulnerable to rapid collapse as volatile gases freeze out on the night side. However, we are unable to even speculate about Proxima.

If Proxima B has a Developed Civilization!

Since an atmosphere indicates the existence of seas and the two taken together imply the existence of life, we are frantic to learn about the planet’s magnetic field and volcanic activity. If Proxima b already has a developed civilization, it might have solar panels covering its dayside to generate power that would light and warm the night side, which would otherwise be too cold and dark for a suitable life. The James Webb Space Telescope comes into play here because the planet Proxima B’s infrared heat signature holds the key to discovering its atmosphere.

The temperature on Proxima B

The exact quantity of black body radiation that should be present since the night side will resemble a frozen form of hell while the day side will re-emit all the energy it receives from Proxima Centauri as a black body.

If the temperature difference between day and night is not too great, we can safely presume that there is an atmosphere. In only 11.2 earth days, the JWST will quickly complete its orbit around Proxima b and measure the infrared radiation from both of its faces.

The atmosphere on Proxima B

The next step will be to analyze the atmosphere of Proxima B if it has one. We’ll be looking for elements like oxygen, water vapor, and methane during this process.

We must capture starlight as it reflects off or travels through the planet’s atmosphere to achieve this since it would indicate the presence of habitable circumstances. However, JWST can only examine a few of the closest potentially livable worlds because it was not built to look for extraterrestrial life.

Additionally, it is limited to tracking changes in the levels of carbon dioxide, methane, and water vapor in the atmosphere. The incredibly huge telescope is unable to detect the existence of unbonded oxygen, which is the greatest evidence of life.

JWST is expected to begin operations in the middle of the next decade.