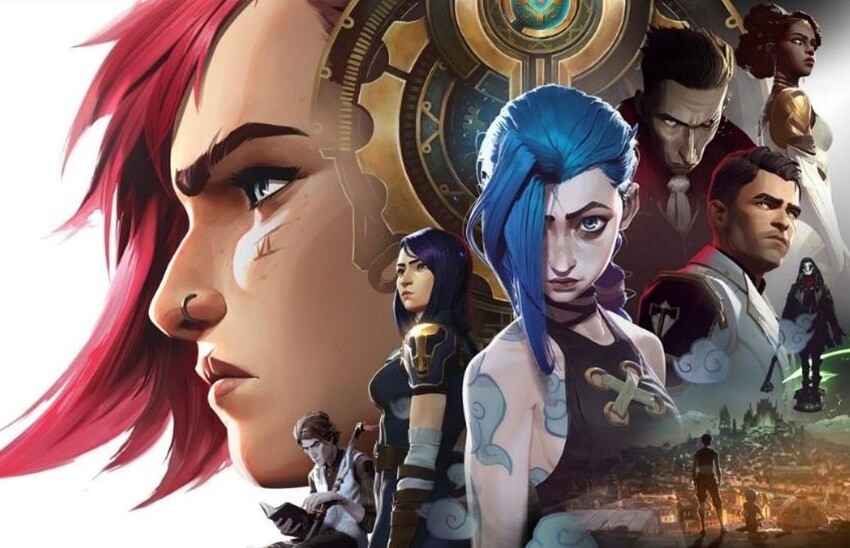 Netflix has announced that season 2 is already in production after the successful release of Arcane Season 1 in a video teaser.

League of legends spinoff animated series Arcane is getting renewed for the second season. Netflix just released the act III. The series is a video game adaptation of the famous game; League of Legends produced by Riot Games. Not to spoil anything but the show ended with a cliffhanger making the audience wanting for the season 2, so here it is, the announcement for the next season. You can watch the teaser and announcement for the next season below:

Ready yourselves, friends. Season 2 of Arcane is now in production.

The first season was a huge success for both Riot Games and Netflix even rivaling the infamous Squid Game Series. The series got 100% ratings from Rotten Tomatoes and good reviews from the fans and critics. The series showed unique graphics and animations style, its co-creators were Christian Linke and Alex Yee.

The series was a three week, three acts show with total of nine episodes. The story followed origins of two champions of League of Legends from Zaun (a large district, undercity) and Piltover (city of progress) starring two sisters Jinx played by Ella Purnell and Vi played by Hailee Steinfeld. In the first season of the show, relationship of these two sisters and the two cities was explored.

The series was a hit for Netflix and Riot Games getting a huge, good response from the fans and even the critics from Rotten Tomatoes. The show topped Netflix coming at second in views beathing the series You season 3. In the end, it is safe to consider the cast will be reprising their roles for the series as it can be seen from their voices in the announced teaser which has already crossed 3.2 M views on twitter in just a single day.

It is yet to be announced for its premier, but the series is already in production for the season 2 by Netflix and Riot Games. Stay tuned for more updates.