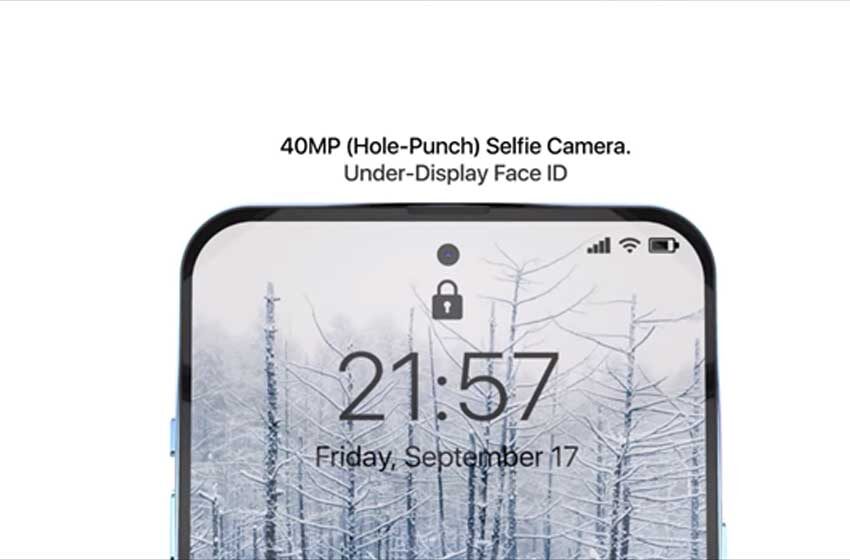 Samsung has been very successful in display screens development. Now that Samsung is researching to make in-display camera technology which is rumored to be used in Apple iPhone 15 Pro phones according to a Korean blog The Elec.

There are strong rumors about this year’s Apple iPhone 14 Pro will have a punch-hole camera inside a full screen. Say your goodbyes to the old-fashioned notch forever. The display may have a pill-shaped punch hole for the camera and Face ID modules. Now with the latest rumors, it has been reported that iPhone 15 Pro will have Face ID modules hidden under the screen and there will be only a small hole for the camera.

Samsung has already been using this under-display camera in Galaxy Z Fold 3, making the camera look very hidden to the eye. So Samsung is very capable of developing such hidden systems for Face ID inside the future iPhones. There is a drawback to it. The camera on Galaxy Z Fold 3 makes low-quality photos due to the lower reach of light the sensor even with the usage of lower pixel density around the camera.

However, this is a futuristic technology that isn’t perfect and an uncertain future how this tech will play out its effectiveness for secure Face ID modules on the iPhones. A Canadian company OTI Lumionics will reportedly work with Samsung to make this technology.

It is to be said that this new technology will be used first for the Galaxy Z Fold 5 next year then will be followed by iPhone 15 Pro Max and 15 Pro.

There is plenty of time for this development and it’s too early to deduct what Apple will use for their Face ID system. Many analysts have indicated this. Ross Young who is a consultant for the display industry said that Face ID will be used at the least in 2023. Ming-Chi Kuo who is an analyst also said that Apple expectedly will use this hidden Face ID in 2023 iPhones.